Curcumin is widely used in a variety of household items especially in case of food purposes and cosmetic purposes. It is also used as a herbal supplement for a variety of reasons and is a key ingredient in cases of food colouring as well as flavouring of food.

Curcumin was not known to the world till about 1800 until it was isolated by as a yellow matter which was used for colouring purposes from the rhizome of the turmeric plant.

Nano Curcumin, chemically also known as diferuloylmethane is a form of curcumin that has been modified where in which the particles are transformed into smaller or nano particles of curcumin, as is suggestive by the name itself.

Nano curcumin, although in its early stages of research has been proved highly effective in helping deliver the curcumin component to the exact target cell without thus preventing any excesses or wastage of the same.

Owing to the recent advances in science and also our ability to isolate individual molecules of substances, nano curcumin helps play a very effective role in certain specific body pathways and helps in exactly targeting certain cells which would otherwise not be possible in the case of plain curcumin. 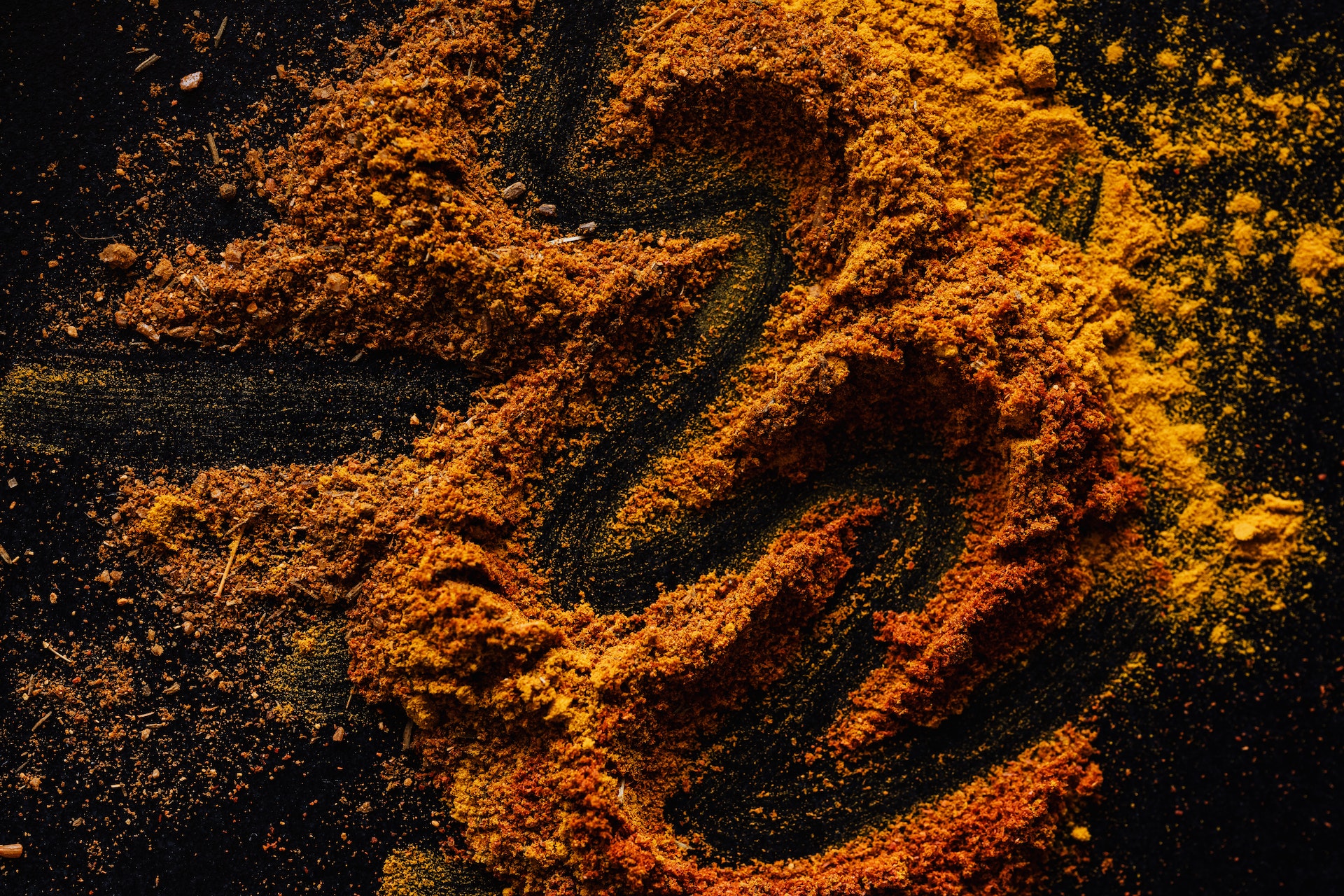 The chemical and molecular structure of nano curcumin is concentrated around the aromatic phenolic ring which are linked to the alpha and beta unsaturated carbonyl groups. This results in a diketone molecule which is a stable form of an enol and which looses a proton to form enolates.

Chemically, the carbonyl group also readily open to nucleophilic addition owing to its property of being a good Michael acceptor.

Nano Curcumin is used to chemically test and find the presence of the chemical boron, as the same when react together form a complex compound that is red in color called rosocyanine.

As per studies carried out laboratories, it has been seen that nano curcumin strongly reacts and effectively eliminates those components that are part of the the reactive nitrogen and reactive oxygen species. These maybe those bacteria or viruses that attack cells containing oxygen, nitrogen or both.

The same is replicated in the body especially in the intestinal tract which is known to have specific affinity for nano curcumin and its derivatives and this thus helps in protecting the intestines against any disease or damage.

In addition to the above, nano curcumin is also known to activate the antioxidant enzymes, especially those that are phase two type which mainly includes glutamate cysteine ligase that is directly involved in the synthesis of glutathione which acts as an antioxidant and helps the cells to adapt when the body is under stress. Thus nano curcumin is extremely helpful in preventing major damage to the body and other cellular structures when the body is stressed.

Nrf2 is also a component that is responsible for protecting the kidney especially the tubules which may be subject to fibrosis or damaged encase of long standing diabetics, the same was avoided when nano curcumin was introduced into the body and was found present protecting the tubules, thus being extremely in cases of diabetic nephropathy

Nano Curcumin has also known to help reduce any fibrotic changes that might occur in the lung and in the liver in cases of certain chronic inflammatory diseases that may affect them respectively.

Studies have also shown that nano curcumin is known to inhibit specific inflammatory pathway mediators such as cytokines, growth factors and certain enzymes such as lipoxygenase, cycloxygenase and inducible nitric oxide synthase.

Its effectiveness in blocking the NF-kB pathway is essential as this forms one of the main pathways to activate the inflammatory response and reaction in the body.

Its action in preventing and arresting degradation of the joints in diseases such as synovitis and rheumatoid arthritis has also been studied where in it helped prevent and inhibit the secretion of matrix metalloproteins (MMP) which is primarily responsible for causing synovial joint degradation in the body. Thus its effectiveness in preventing joint complaints has been proven.

Nano Curcumin helps control and prevents the spread of cancers in many different manners by acting on various components and pathways.

Nano Curcumin is also known to lead to increased activity of the phase 2 detoxification enzymes which also help prevent the formation of such cancerous cells in the body.

Studies have shown that nano curcumin helps prevent the transformation of normal cells into cancerous by blocking certain pathways meant to carry out the same. The primary pathway involved in this case is the Nrf2 pathway which helps with the carrying out the same and is thus prohibited and blocked by nano curcumin.

Alzheimer's occurs with the formation and deposition of certain substances such as amyloid or plaques on the neurons which leads to a delay in transformation of the neural impulse. Nano Curcumin is known to help prevent the deposition of the same thus helping maintain proper neural function. The studies have also shown that nano curcumin is responsible for decrease in the bio markers in the body which are responsible for inflammation and for carrying out the inflammatory reaction by activating the necessary pathway. Nano Curcumin also helps avoid the build up of certain chemical components such as amyloid and other fibrotic tissues which may lead to a blocking or hampering in the neural pathway and functioning and thus the same can be used for its benefits in conditions such as Alzheimer's and Parkinson's disease.

Cases of breast cancer that were subjected to radiation were shown to respond to nano curcumin and help reduce the skin complaints such as radiation dermatitis that is one of the major side effects.

Ulcerative colitis and its complications were seemed to have been lowered and its occurrences reduced in those who were given nano curcumin extracts daily. Thus helping maintain the health, hygiene and also functioning of the intestinal tract.

The anti inflammatory properties of nano curcumin have also been put to use in cases of oral diseases such as gingivitis and helps prevent the growth of bacteria in the oral mucosa thus helping maintain oral health and hygiene.

Nano Curcumin is known to help act and bring about a balance in the functioning of the hypothalamus pituitary adrenal axis and thus help maintain levels of serotonin which help alleviate the mood and also prevent depressive disorders such as major depressive disorder or MDD.

Clinical trials have also shown nano curcumin to act in a positive way on the female hormones and helping markedly reduce the occurrence and severity of pre menstrual symptoms or PMS.

Although there have been no major studies that indicate nano curcumin has any deleterious or harmful effects on the body, it has been known to react with certain groups of pharmaceutical drugs especially the anticoagulant group as it inhibits platelet aggregation and thus the intake of the same needs to be monitored.

This thus gives us a glimpse of the extreme benefits nano curcumin has and how its marked actions on various systems of the body are beneficial to us. 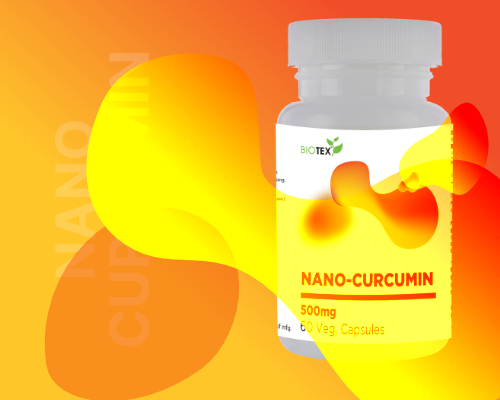 Give your mental and physical health a boost with the potent, golden Nanocurcumin, now in a capsule!