Spirulina is a filamentous, spiral-shaped, water-based blue-green algae. It is a Cyanobacteria which means it can produce its energy directly from sunlight via photosynthesis. It is used as a food supplement because of its high nutritional content. 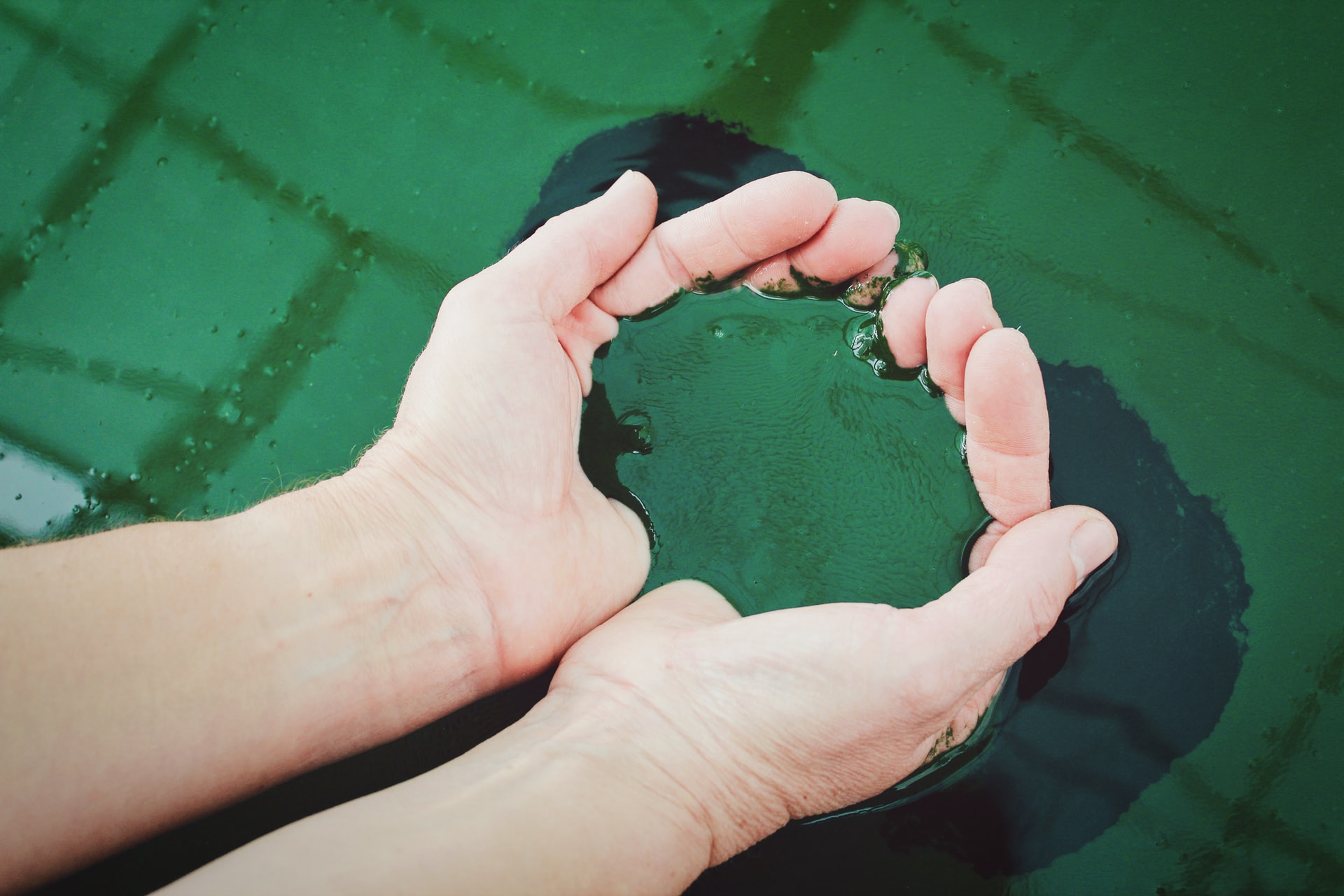 Below are some of the Health Benefits of Spirulina

While taking spirulina and maintaining a balanced diet. It helps a person maintain a well-nourished lifestyle.

Spirulina boosts Omega-3 and Omega-6 fatty acids. Omega fatty acids are essential for the body and have benefits such as reducing the risk of cardiovascular diseases, reducing the risk of blood clotting as Omega 3 prevents clumping of platelets, lowers triglyceride levels, raises HDL cholesterol, and potentially lower blood pressure.

C-phycocyanin is a biliprotein that is found in blue-green algae such as Spirulina.

Anti-inflammatory activity is due to the inhibition of the Proinflammatory cytokine production, induction of nitric oxide synthase, and cyclooxygenase-2 (COX-2) expression.

According to a research study done in 2009, the results showed that phycocyanin causes the inhibition of prostaglandin E (2) overproduction by suppressing nitric oxide synthase and COX2 induction. Also causes the attenuation of TNF- α formation and neutrophil infiltration into inflammatory sites.

Spirulina provides a source of у-linolenic acid which is involved in the production of prostaglandins, leukotrienes, and thromboxane's that are involved in immunological, inflammatory responses.

In conclusion, research studies have shown positive results in its contribution to being an antioxidant, anti-inflammatory, and has neuroprotective effects.

Low-density lipoprotein is called the 'bad' cholesterol. Too much LDL can potentially cause a buildup of plaque and cause atherosclerosis, leading to Heart attack and stroke.

A prospective study was performed in 2013, in which 52 adults (32 men and 20 women) who were recently diagnosed with dyslipidemia consumed 1g of Spirulina per day for 12 weeks. Their lipid profile, systolic & diastolic blood pressure, weight, and BMI were recorded. They concluded at the end of the 3-month investigation, mean levels of triglycerides, LDL, total cholesterol were significantly decreased. Spirulina supplementation of 1g daily has tremendous effects on reducing cholesterol levels and potentially increasing HDL levels.

Statins have been used as a therapy to decrease total cholesterol levels in patients with hypercholesterolemia, however, they pose side effects such as hepatotoxicity and myalgia.

Generally, people lose weight with a low-calorie intake. Spirulina has a high nutritional profile and contains low calories. Studies show it may aid in weight management and improve BMI.

Non-alcoholic fatty liver disease is a condition in which there is fatty infiltration of Hepatocytes. It may eventually progress to liver cirrhosis and Hepatocellular carcinoma. Independent of alcohol use. Causes include Obesity, Metabolic Syndrome, Type 2 Diabetes.

Diabetes is a chronic disease that occurs when either the pancreas does not produce enough insulin (Type 1) or when the body cannot effectively use the insulin it produces (Type 2). Insulin is a hormone produced from the pancreas that regulated blood sugar levels.

Cases of Diabetes have increased in recent years.

Type 2 diabetes (non-insulin-dependent) is caused due to increased resistance to insulin which causes progressive pancreatic β-cell failure. It is mainly caused a result of excess body weight, poor diet, and physical inactivity.

There are no modern medical drugs that can cure Diabetes Mellitus. A study performed in 2018 concluded that spirulina is effective in inhibiting hyperglycemia and oxidative stress induced by diabetes and can help prevent diabetic complications.

High blood pressure is when the blood flowing through your blood vessels is consistently high.

They say that high blood pressure is a silent killer as most of the time there are no obvious signs or symptoms. If left untreated, it could cause significant side effects such as heart attacks, stroke, kidney disease.

High vitamins and minerals that are packed in Spirulina maintain a healthy immune system. Help boost the production of White blood cells and Antibodies.

Anemia is commonly found in Elderly patients which leads to fatigue and weakness. Anemia can be secondary to multiple factors including problems with red blood cell production and destruction of even blood loss.

Spirulina modulates the production of cytokines by peripheral mononuclear cells, due to its rich source of flavonoids and sulfalipids.

Studies have shown that Spirulina daily supplementation, regardless of another dietary intake may prove beneficial for major variables that are associated with anemia.

Allergic rhinitis is inflammation of the nasal passageways due to allergens such as pollen, dust, animal hair.

There is evidence suggesting that Spirulina significantly improved symptoms and physical findings of allergic rhinitis such as nasal discharge, sneezing, itching, and nasal congestion.

Other benefits include a preventive effect of the skeletal muscle damage that led to the postponement of exhaustion time during an all-out exercise.

Spirulina is well known for its anti-inflammatory and anti-cancerous properties. It is also known as an immune booster by stimulating natural killer (NK) cells and co-operative action of IL-12 and IL-18 for NK-mediated IFN gamma production. Spirulina hinders the growth of oral cancer. Reports also show that a unique polysaccharide of spirulina enhances cell nucleus enzyme activity and potentiate DNA repair.

In another study, Spirulina has shown chemopreventive activity (1g/day for 12 months) in reversing oral leukoplakia in pan tobacco chewers in Kerala, India. Complete regression of lesions was observed in 20 of 44 subjects.

More research is needed in different populations for further evaluation.

Spirulina contains a high amount of Zeaxanthin, which is a plant pigment that reduces the risks of cataracts and age-related macular degeneration. Protection of retinal photoreceptors from photostress in the retina has been shown. Spirulina is also rich in Carotenoids which are beneficial for the eye and immune health. Common carotenoids (Lutein and Zeaxanthin) are found in the retina.

Spirulina mouthwashes have been shown to reduce gingivitis, bad breath, and dental plaques.

Spirulina boosts the overall health and radiant appearance of the skin. Due to its richness in nutrients, vitamins, fatty acids, and essential amino acids, it can potentially serve as a good treatment for the skin.

Helps prevent the buildup of acne and swelling, reduces inflammation, tones the skin, and encourages cell turnover to promote a good complexion.

Amino acids that are present such as lysine and proline are beneficial as they are needed for collagen synthesis.

Spirulina promotes hair growth, fights dandruff, and cleanses the scalp. Due to its antimicrobial properties, and presence of zinc, it helps fight dandruff.

The theory behind this is spirulina is a source of Tryptophan. Tryptophan is an essential amino acid and is a precursor in serotonin synthesis.

Serotonin is a neurotransmitter that acts as a mood stabilizer. Decreased levels of serotonin are seen in patients with anxiety and depression.

However, more research studies are needed to know the role of spirulina and the support of mental health.

Influenza is a common respiratory disease. It has high mortality in the young and elderly and those that are chronically ill. The influenza virus causes outbreaks every season as well as pandemics. Influenza A is the only type to cause pandemics. The strains are classified according to hemagglutinin and neuraminidase surface protein.

A study performed concluded that Spirulina extract inhibited viral formation and reduction of viral replication in cell cultures. The exact mechanism discovered was that Spirulina disrupted the hemagglutinin of viral particles to erythrocytes inhibiting the infection process.

Arsenic poisoning is a medical condition that occurs when there are elevated levels of Arsenic in the bloodstream. The most common reason is drinking contaminated water. Symptoms include vomiting, abdominal pain, encephalopathy, watery diarrhea.

Spirulina and Chlorella can be used together. Due to both their high nutritional profiles, it is a good way to boost your immunity. These two super foods boost energy and are natural detox supplements. It is highly recommended to add them both to your diet. Click here to view Biotex's Spirulina + Chlorella! 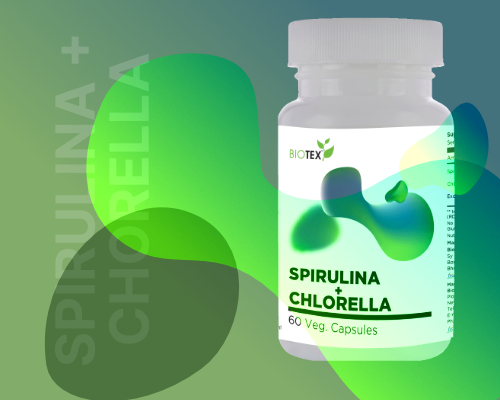 The double whammy of Nature’s two best sources of antioxidants that helps rejuvenate your body and purify your blood!